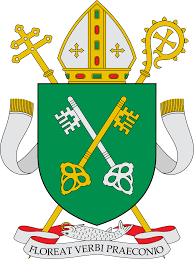 Sports clubs are a focal point for religious communities, more so for (Irish) Catholics than Protestants. Sectarianism in Glasgow is visible in the rivalry between the supporters of Glasgow’s two main football clubs, Celtic and Rangers, together known as the Old Firm. (Wikipedia)

Both Celtic and Rangers have had recent high profile altercations with football authorities because of sectarian incidents, and both clubs have openly admitted a problem with sectarianism. Sectarian chants and songs can be heard frequently amongst both sets of supporters, this is not exclusive to when the teams are playing one another. This has caused for deep concern that supporters of the club are creating an image of their team that is not endeared by club officials.

The Rangers Supporters Association, said: “we firmly believe that it is a small minority which causes problems, no matter how often they are told, they will just not listen.” A survey undertaken by Glasgow City Council showed that 74% of Celtic fans were Catholics and 4% Protestants and Rangers fans to be 65% protestant and 5% Catholic. Both clubs have approached entities such as the Scottish parliament and even church groups to show that the sectarian element in the supporting of these clubs is unacceptable.

ALL FAITHS AND NON

Christian Orthodox:  In Christian usage the term orthodox refers to the set of doctrines which were believed by the early 1st century Christians known as the Western church. Primarily identified by “Catholic” ecclesiastical teachings governed by a series of ecumenical councils.

Non-Faith: Those with no Gods such as Buddhism and Taoism are atheist religions, and Humanism is an atheist philosophy.

Judaism – Judaism was founded over 3500 years ago in the Middle East. Jews believe that God appointed the Jews to be his chosen people in order to set an example of holiness and ethical behaviour to the world. Orthodox Judaism is the approach to religious Judaism which subscribes to a tradition of mass revelation and adheres to the interpretation and application of the laws and ethics of the Torah.

Muslim – A Muslim is someone who follows or practices Islam, an Abrahamic (Old Testament) religion. They believe in one god; Allah. Muslims consider the Quran (Koran), their holy book, to be the verbatim word of God as revealed to the Islamic prophet and messenger Muhammad. The majority of Muslims also follow the teachings and practices of Muhammad  as recorded in traditional accounts. (“Muslim” is an Arabic word meaning “one who submits (to God)”.

May 16 Start of Ramadan

Hinduism – Hinduism is the religion of the majority of people from India and Nepal. It also exists among significant populations outside of the sub-continent and has over 900 million followers worldwide. Unlike most other religions, Hinduism has no single founder, no single scripture, and no commonly agreed set of teachings. The term Orthodox Hinduism commonly refers to the religious teachings and practices of Sanātanī, one of the traditionalist branches of Hinduism.

Sikhism – Sikhism was founded in the Punjab by Guru Nanak in the 15th Century CE (Common Era) and is a monotheistic religion i.e. believes in the existence of only one god creating the world and that one god is all-powerful and intervenes in the world. Sikhs think religion should be practised by living in the world and coping with life’s everyday problems.